Please feel free to visit Ann's Caring Bridge Site to leave words of encouragement and testimony.
Information on Ann will be posted to her FaceBook Site and her Caring Bridge Site.
http://www.caringbridge.org/visit/annkiemelanderson 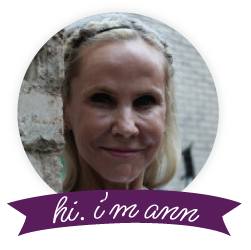 Ann Kiemel began her ministry as an ordinary girl who was determined to reach her neighborhood for Jesus. She penned her first book, I’m Out to Change My World, while still in her twenties. Millions of readers were moved by her simple faith and her desire to share Jesus in everyday, divine appointments. Despite the lack of any formal publicity, her first book became a bestseller through word-of-mouth.
Ann went on to Author several best-selling books, speaking in coliseums across the country and appearing as a guest speaker on Christian television programs such as the 700 Club, PTL, TBN, and Robert Schuller’s Hour of Power. Ann has been featured numerous times on Dr. Dobson’s Focus on the Family radio broadcasts, most recently as an expert on single parenting.

Although Ann shared the stage with some of the most well-known and influential Authors and Speakers in the world, she is remembered most by her humble presentation. Quietly seated on a stool in the middle of a large platform, she would begin…“Hi, I’m Ann. I am one simple woman in the world. I have never shaken hands with the President. I cry. Sometimes I am insecure. I am only one, but I have come tonight to tell you I am one… and Jesus and I and love are out to change the world.” Thousands of attentive fans sat on the edge of their seats, hanging onto her every word, laughing and crying together as Ann declared her love for a personal Lord…One who walked with her and talked with her on lonely days. She ran marathons, singing simple little songs to fellow runners with one overwhelming hope in mind – to win others to Jesus by building bridges to them. Her rare vulnerability and genuine faith in brighter tomorrows inspired others to dream big and believe that with God, they too, could make a difference in their world.

Some people consider Ann Kiemel to be one of the most authentic voices in the Christian community. Others refer to her as a best-selling Author of seventeen books, many of which have been passed on as inspirational classics over the past three decades. Bottom line: Ann was a gifted Author and Speaker who had a pure heart and a vision for what an extraordinary God can do in the lives of ordinary people.

After many years as a successful Speaker and Author, God answered Ann’s yearning for a husband at the age of thirty-five. Several years and many miscarriages later, Ann became the mother of four adopted sons, revolutionizing the way that many viewed open adoption. Soon thereafter, Ann realized that she had become addicted to pain medication. She entered a thirty-day secular rehab program and discovered that her addiction ran even deeper - she had become addicted to the praise and approval of others. She recounts the loneliness, pain, and ultimate deliverance in her seventeenth book, Seduced by Success – No Longer Addicted to Praise, Pills and Performance.

After offering her inadequacies to the Lord and praying for wholeness, Ann had found her way back to her first love. The heart of her ministry had changed, and Jesus was now the star. Her husband, Will Anderson, would battle cancer for eighteen months, and Ann would become a single mother of four priceless treasures. She held a deep conviction that she, alone, needed to be fully present with her children. With this is mind, she quietly walked away from the stage.

In the fall of 2008, Ann’s youngest last son left home. At the same time, a renewed interest in Ann’s ministry began to develop. Hundreds of thousands of loyal readers began searching for her, longing to hear how God had been working in her life, wanting her message to be heard by the next generation. In response to the interest of her fans, a simple blog was created. People from all over the world began chiming in, supporting one of their favorite best-selling Authors from the 1970’s and 1980’s.

Many of her books are available for purchase on Amazon.com and other places.

Ann was the mother of four boys and lived on the West coast in close proximity to her children and her twin sister, Jan. 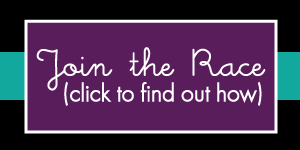